The township of Middletown is consistently ranked as one of the country’s best places to live and has been awarded by multiple publications over the years, including Time Magazine’s list of the “Best Places to Live” in 2014. With a little more than 65,000 residents, Middletown has a rich history as one of the earliest European settlements in New Jersey and is the birthplace of a laundry-list of notable public figures including Jon Bon Jovi, Jon Stewart, Maury Povich, and many more. As the town continues to grow they were in need of a more efficient way to manage their increasing number of records requests.

Breaking Up with Excel

Middletown employs a centralized OPRA (Open Public Records Act) management system with Heidi Brunt, the Municipal Clerk and Township Records Custodian, running the show. Along with overseeing all public records requests agency- wide, Heidi is also in charge of all municipal records imaging, destruction, and maintenance. Prior to using NextRequest, Middletown used an Excel Spreadsheet and their email system to manage their records requests. Tracking requests was difficult, as well as the paperwork that went into processing the request.

A Showering of Love

Heidi has up a laundry list of reasons why she loves NextRequest. Both she and her attorney love the redaction tool, making their system super organized and well documented in legal issues. She also loves that all communication is kept out of her email system. And she loves using the reporting feature to show how much time and money was spent on records requests. 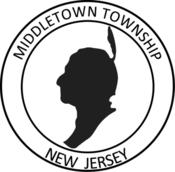 "I love the reports showing how much time and money we spend on records requests."