How this growing city enhanced their records request process

Las Cruces, also known as "The City of the Crosses" is the second largest city in New Mexico. The City is a diverse mix of high mountain forests, a fertile river valley, and the vast Chihuahuan desert. Home to New Mexico State University, Las Cruces has a growing population of 100,000 citizens.

The city’s records requests have increased as their population has grown. From 2018 to 2019 the City saw a 30% increase in records requests, which are called IPRA requests (Inspection of Public Records Act) in New Mexico. Las Cruces was looking for a more efficient way to track and report their growing IPRA volume, and turned to NextRequest’s records request software to help.

The overwhelming majority of customers who have turned to NextRequest’s records request software had previously used manual reminders and email tracking to manage their records requests. Las Cruces was no different. The City’s Records Manager, Lissa Herrera, said that her office used an Excel spreadsheet to track public records request and all correspondence was done in writing via “snail” mail or e-mail. Seeing that Lissa’s role is to help departments manage their records as well as receive and process public records requests, these manual processes made everything more tedious. Lissa says it was more difficult before NextRequest because of the lack of tracking and reporting.
‍
ON THE RIGHT TRACK‍

Lissa says that NextRequest has really helped by being a “one-stop-shop” for requesters to access their requests and all correspondence. Another NextRequest benefit that Lissa cited is that it has helped the City respond to Attorney General complaints in a more efficient and timely manner because all of the information is contained in one place.

We’re excited to watch Las Cruces grow and to continue to help the City streamline their records request process. 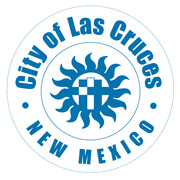 "The tracking and search features in NextRequest have really made our lives so much easier."

Ready to get started?