We Took Election Day Off (and why that's important) 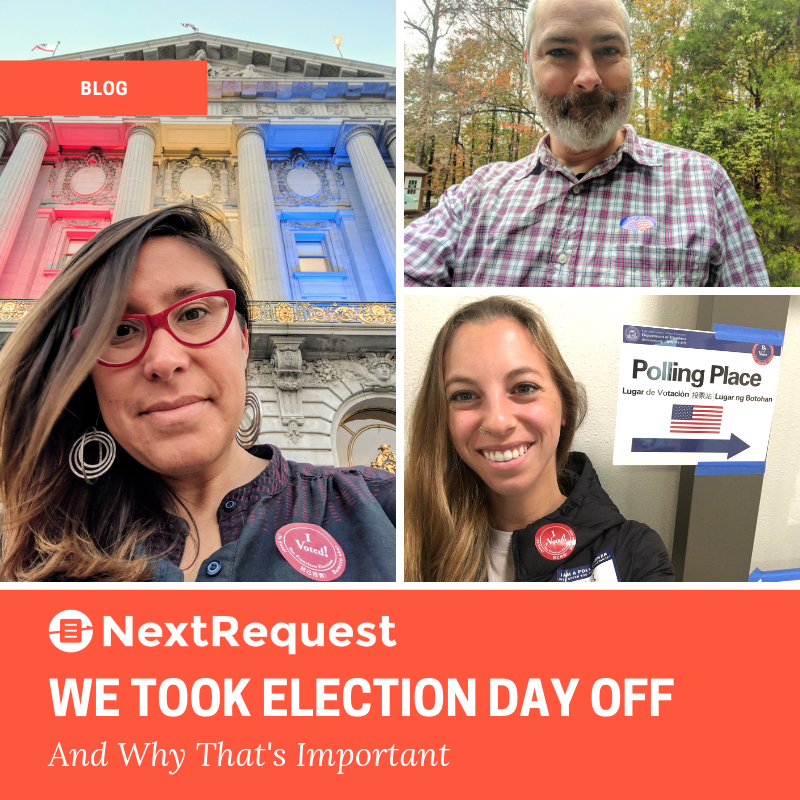 The 2018 midterm elections saw a record numbers of voters, especially considering midterms have historically lower turnout numbers. The unfortunate fact remains that our country has yet to figure out how to get to 100% voter turn out. Absentee voting, voting by mail, early voting—these are all options available for voters, but they vary widely state to state.

According to a United States Census Bureau survey, roughly 19 million registered voters did not vote in the 2016 general election. 14.3% of those voters, or about 2.7 million people, cited busy schedules as a main reason.  This shouldn’t be an issue. Everyone should have the ability to show up to vote—our employees, our customers, our neighbors, our friends—everyone. We believe that no one should have to choose between a paycheck and their duties as an American citizen.

Our records request platform connects engaged citizens to their local governments—and now more than ever, we need our employees to be engaged citizens as well. So that’s why we took the day off. Some of us volunteered at polling places, some of us continued to campaign for our candidates of choice, and all of us had the time needed to get our votes in.