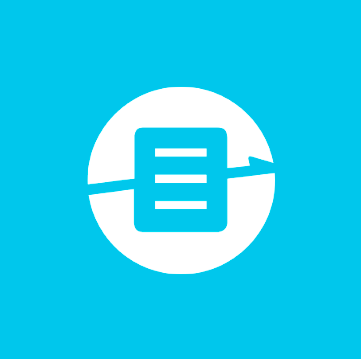 As NextRequest moves into its next chapter, we are pleased to introduce Reed Duecy-Gibbs as our new Chief Executive Officer. Reed is a co-founder and previously the COO of NextRequest. Over the last several years Reed has led the go-to-market teams and will be leading efforts to expand NextRequest’s request management software tools to governments across the U.S. Prior to NextRequest Reed was a Code for America fellow and Fulbright Scholar, and was the executive director of a 501c3 non-profit working to improve the accessibility of urban development information. He holds a Masters degree from the Rhode Island School of Design. Our former CEO, Tamara Manik-Perlman, remains on our board and is moving into a COO/CPO role. We're looking forward to face the new challenges and opportunities in this next chapter of our growth.

“I’m excited to step into the role of CEO and lead NextRequest on the next chapter of its mission to revolutionize records requests through technology, trust, and community. Over the last 5 years under the leadership of Tamara Manik-Perlman, my co-founder and our first CEO, our team has built an amazing product that allows governments to be both more transparent and efficient while serving their communities. NextRequest works with nearly 200 customers across the U.S. ranging from the largest cities to small towns, police departments, counties, state agencies, educational institutions, and special districts. Over 1 million records have been added to NextRequest and those records have been downloaded over 6 million times!

Given the current state of the world, stepping into this role certainly poses unique challenges. But those challenges also create opportunities to move the company and our mission forward - whether that's speeding democratic governments' adoption of cloud based tools or working with police departments on transparency, accountability and compliance around their records.

Going forward we will maintain our focus of providing software that gives governments and their constituents great tools to manage records requests with more transparency and less effort. Our challenge now is to reduce barriers to adopt NextRequest, making it, and the improvements it provides, available to more  governments and their constituents.

I’m grateful to Tamara, proud of what our team and product have accomplished to date, and excited by the opportunities we have as we start this next chapter of NextRequest.”

"It has been a privilege to lead NextRequest for the past five years, and to collaborate with an amazing team that has grown the company into a widely-adopted platform making it simpler and easier for governments to share public records with the more than 105+ million constituents that they serve-- 32% of the US population!

But numbers about our reach capture only a small part of what is significant about our work and what has made my role so personally meaningful. NextRequest has always been a mission-driven company, animated not just by revenue and business metrics, but by the commitment to building tools that truly enable a government by the people, for the people. We emphasize the “public” in public records because we believe that access to information about government is the bedrock of a functioning democracy. A well-run public records process is a critical element of establishing and maintaining trust between people and their government.

The past several months have underscored the importance of public records as a mechanism for accessing vital information to establish this accountability and trust. Our country has faced historic challenges in the past several months, including both the response to the coronavirus pandemic and our national reckoning with the legacy of police violence against Black people and other people of color. Public agencies have been central to these debates, and public records have been vital to understanding both the scope of these problems as well as the nature of the government responses to them, whether in the form of public health data, information about how PPP funds have been disbursed, or in police incident reports or officer disciplinary records. NextRequest found a market in forward-thinking customers equally committed to serving their constituents and the broader public, who have been ahead of the curve in transforming in-person, paper-based request processes into digital ones that are accessible anywhere.

But the records themselves are only part of the equation. The process itself and the institutions that build them must also be accessible and inclusive. This past week marked the 30th anniversary of the Americans with Disabilities Act. A core part of our work last year was ensuring that NextRequest is Section 508 compliant and accessible to the highest standards, so that anyone can use it to make a records request. We still have more work to do to make the process easier and more inclusive, including for those who don’t have good access to the internet, but we’re proud that NextRequest is a leader in this respect.

We take equally seriously the importance of building a team that reflects our country. I am first and foremost honored to work with an exceptional group of people at NextRequest who are committed to our mission and the quality of our product and service. But this group is exceptional not just in their commitment to excellence. I am equally proud that we have built a team whose racial and gender diversity roughly reflects the demographics of the US--a rarity in tech. As we are building a product that aims to serve the public, it’s critical that our work is informed by the perspectives of a team that reflects it.

Finally, I am grateful to the partners that have made all of this possible. In 2018, businesses with women of color as CEOs received less than 1% of venture capital funding. I am thrilled that NextRequest defied the odds and that Storm Ventures, Better Ventures, Matter.vc, the Omidyar Network (now Luminate Group), Switch Ventures, and Correlation Ventures all believed in what we are doing.

As we move into the next chapter of the company, I’m handing the baton off to Reed, who will be focusing on continuing to grow the reach of NextRequest by bringing our service to more government agencies. I’m confident that his experience leading the growth team for the past several years has equipped him to do a great job. I’ll be stepping into the dual roles of Chief Operating Officer and Chief Product Officer so that I can focus on the vital work of building a company and a product that carries forward the values of equity, inclusion, and accessibility that are so central to the company’s mission and to our common future."